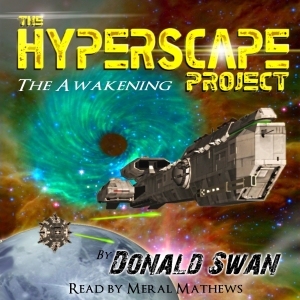 Posted in Blog | Comments Off on Audible Version Coming Soon!

The Audible.com version of The Hyperscape Project: Book One is now in production! I had 16 auditions from some great narrators and felt like I was judging American Idol. It was a difficult decision, but I finally decided on Meral Mathews to narrate it. I will post a sample when available. Thanks everyone for making this first book a success! – Donald Swan 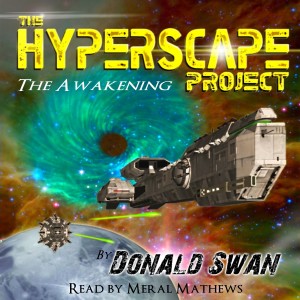 Posted in Fun | Comments Off on Alternate Reality Jedi Warrior

The Hyperscape Project is at #34 in Science Fiction > First Contact on Amazon! Check it out: http://www.amazon.com/dp/B00ES146ZC 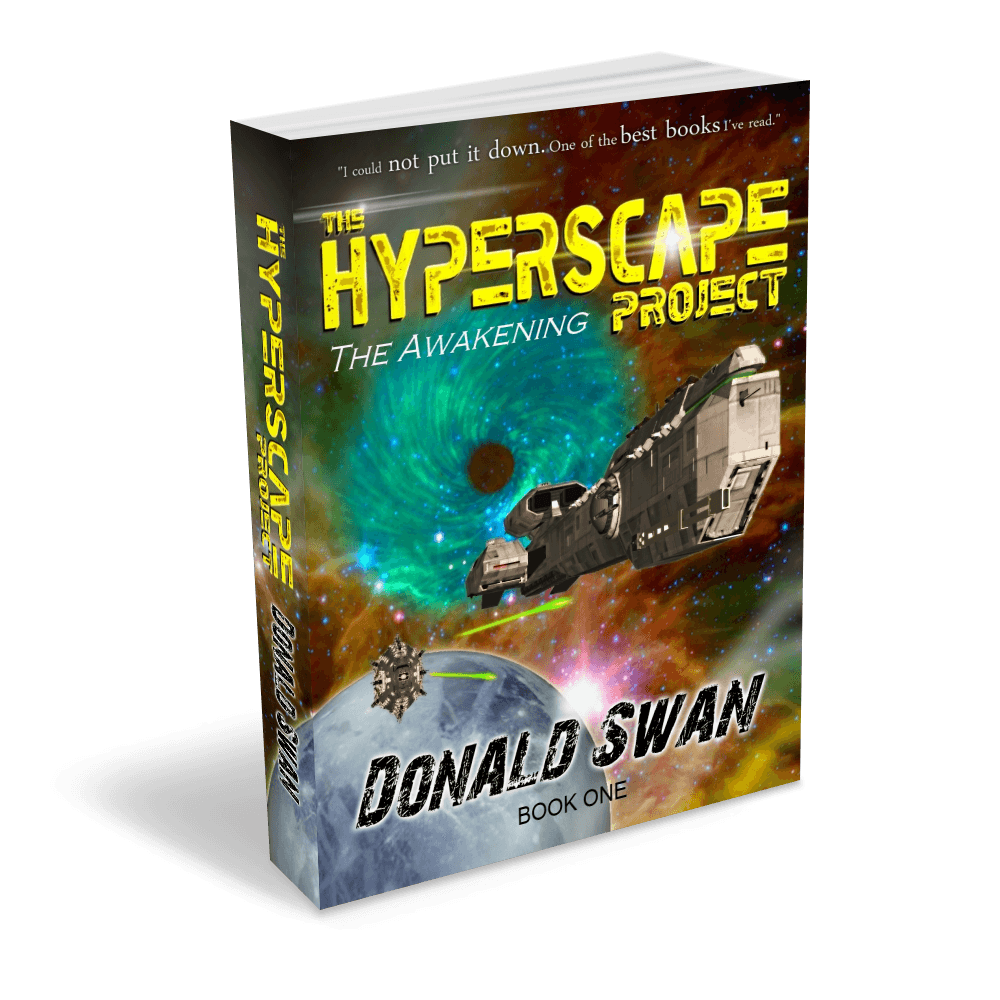 He set out to prove a theory. Now he’s racing to save the galaxy from his mistake.

An action-packed, fun and intelligent adventure into the unknown. Along with his newly found, rag-tag band of alien friends, Nick Bannon battles to keep his devastating technology out of the hands of the biomechanoid race known as the Mok’tu.

Nick is flung to a distant world when his hyperspace experiment goes awry. Technology can always be used for good or evil and now his peaceful experiment could become a horrific weapon of a malicious alien race. Every species in the galaxy is in danger of total annihilation and it may take one man’s greatest sacrifice to stop it. 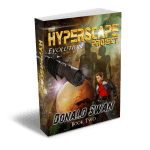 Click Here to be notified when book two is released!

Posted in Excerpts, Science Fiction Sample | Comments Off on The Hyperscape Project – Book One – Excerpt Four

The Grok’s First Officer turned from his position at the communications console. “Captain, Commodore Tawyk on priority-one channel.”

The centrally located chair swiveled and rocked as D’rog stood and headed for the door at the rear of the bridge. As he approached, the pneumatic door swished open, revealing the Captain’s quarters. Its strategic location directly off the bridge was a design common to all Dragoran vessels. The feature gave the Captain quick access to command in case of an emergency.

D’rog made his way through the hot and humid room to his desk, where he sat down and activated his vid-link. The reddish glow of an overhead infrared light bathed him in warmth as he sat in his extravagantly decorated chair.

D’rog answered without hesitation. He was well accustomed to the routine precautions. “Hektura tok neth.” He stared at the monitor while the system scanned his large, scaly reptilian head.

The monitor displayed the image of an impatient Commodore Tawyk. “Why haven’t you secured my prize, Captain?” The Commodore’s sharp teeth showed through his sneer.

“Sir, they have eluded capture. They are—”

Commodore Tawyk interrupted with a guttural roar. “You mean they’ve eluded you! I’m not interested in excuses, Captain! I chose you because your records indicated you were the perfect choice for this mission. Was I wrong?”

“No, Sir. I will capture that ship. You have my word.” D’rog’s posture straightened.

The Commodore’s lip rose on one side as he leaned into the vid-screen. A stream of saliva slipped from his upper teeth, falling onto his lower jaw as his lip quivered in anger. “You better, Captain. Your life depends on it, as well as the lives of your family. And you have my word on that!” The screen went blank, leaving the Commodore’s final angry words reverberating off the walls of the room. The remarks circled around in D’rog’s head as he sat staring at the blank screen. Anger and fear welled up from inside him until he was bursting at the seams with rage.

D’rog jumped up from his chair and swung his powerful reptilian arm. The objects on his desk went flying across the room, shattering into small pieces as they impacted the wall with intense force. “This small Resistance cell is cunning, but they will not embarrass me again!” he snarled.

Posted in Excerpts, Science Fiction Sample | Comments Off on The Hyperscape Project – Book One – Excerpt Three

Lying there, glowing eerily in the thick fog, was a corpse. The body almost appeared to move as the misty fog surrounding it danced through the light. The jaw of the corpse hung open in a terrible, silent scream―now forever frozen on its gruesome face. The alien’s stiff hands were reaching out into the inky blackness of the room as if it had been begging for its life in its final moments. From the look on its face, it had experienced a horribly painful death.

Arya stood up and checked her gun while the males surveyed the corpse. Karg circled the body, as if studying it from another angle would help explain why it was there.

“Why does he have that look on his face?” Nick asked, wincing at the sight. “I just can’t stand to look at him anymore. It gives me the creeps.” He grabbed a nearby cloth and threw it over the body. Despite his attempts to squelch it, a shiver raced along his spine and the hair on the back of his neck stood straight up. He hadn’t felt that since the night he’d hung out in the graveyard with his buddies. How old was he at the time? Fourteen, maybe? This had that same feel. Creepy.